An extensive space, one thousand square meters, the Triennial of Milan has dedicated to Mario Bellini. Italian Beauty, retrospective (19 January- 19 March 2017) at the Milan museum dedicated to one of the masters of Italian architecture and design.

Round Table Panel on Olivetti & Bellini

Among the wide collection of design objects created by the Architect Bellini is also the production for Olivetti. He produced an extensive portfolio of computers and calculators. To deepen our knowledge of the relationship between the Olivetti group and Mario Bellini, Sunday March 5th a round table panel was organized that will witness the designer in discussion with experts in the industry of office machines and designers of Olivetti that he had collaborated with.

The encounter will allow for direct dialogue of inedited experiences not well known, in reference to the team work among the designer, technicians and engineers in the 60’s that gave life to the products and innovation.

There will follow a close look at the Olivetti Programma 101, the first example of a desktop computer; designed by Mario Bellini together with Pierpaolo Perotto – CEO of Finsa SpA and son of the designer Pier Giorgio Perotto together with the designers Gastone Garziera and Giovanni De Sandre. They will tell the story of the development a and production of an object that in many cases was revolutionary.

It was also be an opportunity to assist at the functioning of the P101 connected to the interface Arduino, in an exchange of the past, present and future. 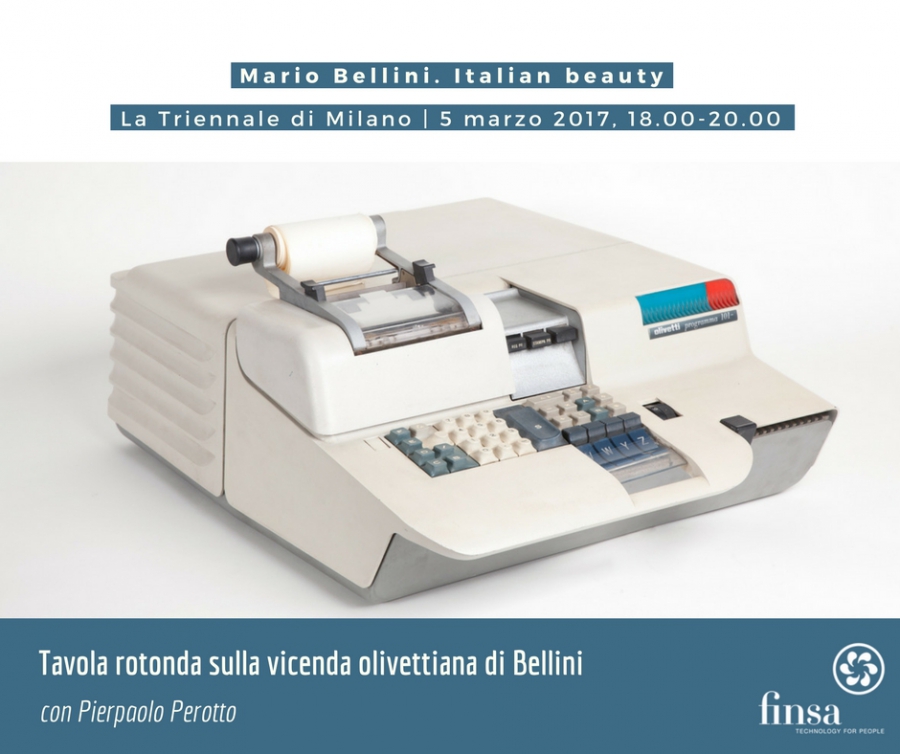